This is what started it all, “Carnal Comedy.”  Do you remember last year I did that skit with Joclyn Stone at the Sapphires Gentleman’s Club?  Well, this time I am ready to take this show by the balls and twist it into a funny work of art.  I have been working on my routine and improv.  Are you ready to see the results?

This Super Sexxxy Comedy Show begins with a Fantastic Hosted Open Barfrom 7:30pm to 8pm. All Media and our Special VIP’s are Welcome to join us during the Cocktail Party.
Las Vegas, NV, January 12, 2016 – It is said that “laughter is good for the soul.” Well, if that is the case then we are all going to heaven after an evening’s entertainment at Sapphire Comedy Hour inside Sapphire Gentlemen’s Club, the “World’s Largest Gentleman’s Club”. Sapphire has partnered with AVN again this year to host this official AVN event for the second year in a row. Rebecca Bardoux’s “Carnal Comedy” show features many of today’s top adult film star Hall of Famers / comedians delivering their sexy, sidesplitting anecdotes along with magic and sexy burlesque performances.
Local and regional writers and editors and other media, as well as many adult film celebrities will be on hand to join the crowd for this special show. Media are invited to arrive at 7:30pm, with red carpet and photo ops starting from 8pm and going to 8:30pm when the show will kick off.
Appearing that night will be…
Rebecca Bardoux (@rebeccabardoux)……ringleader of this maniacal menagerie and host of the show is a legend in the adult industry and a member AVN Hall of Fame. While attending a party in 2012 she was approached about doing a stand-up comedy show based on her career in “porn”. Bardoux has performed at The Comedy Store in Hollywood as well as other venue in Los Angeles and Las Vegas. Carnal Comedy is a baby she has been waiting to give birth to for almost a year.
Ron Jeremy (@realronjeremy)…… This number one U.S. male star of adult cinema has appeared in well over 800 adult feature films. The charismatic and often comedic Ron Jeremy is still appearing in front of the camera in adult films. This icon of the adult entertainment industry will headline this adult star-studded comedy experience.
Nina Hartley (@ninaland)……Nurse Nina has spent thirty years making people gasp, squeal, think, climax and laugh about everyone’s favorite topic “Sex”. Come see what this adult industry icon has learned and laugh some more.

Rebecca Love (@rebeccatonight)……is a Skinemax BQueen of Late-Nite TV and the owner of Adult Film Star Network. She has been a part of the adult entertainment industry for over 15 years.

Kyle Stone (@thekylestone)……Kyle is in the AVN Hall of Fame and has won many awards for his comic acting (mainstream and adult). Kyle is nominated this year for an AVN for best non sex comic actor in a Wicked Pictures/Jonathan Morgan movie. He has performed in LA at several comedy clubs.
Also appearing at Sapphire that night will be rising adult stars Shavelle Love (@shavellelove) and Sadie Blair (@misssadieblair).
Come get your laughs off Thursday, January 21st. Hosted Open Bar from 7:30pm to 8pm, show starts at at 8:30pm in the Sapphire Showroom, a plush 300 seat, state-of-the-art venue that is separate from the main club. In addition, the room has a great stage, sound system and a catwalk from the stage that brings the entertainers right into the audience.
The show is very couple-friendly and offers something for everyone including dinner menu items are available and served at your table from the club’s very own El Dorado Mexican Cantina and just about any cocktail you can think of. Sapphire has concocted several sexy specialty drinks for the night including “The One Liner”, “Red Velvet Martini” and the “Sexy Slapstick” made with Zing Red Velvet Vodka, Sprite and a Chambord Float…mmmmm. Bottle service is also available during the show.
Guests are invited to hang out after the show for more meet-and-greet and photos with the entertainers and are welcome to stay and visit the main club where more than 400 of Las Vegas’s sexiest women are entertaining all night long.
So laugh, eat, and drink. Sapphire Comedy Hour has it all.
And don’t forget, Sapphire Comedy Hour dedicates every Saturday night to featuring some of Las Vegas’ and the country’s rising comedic stars, nationally touring and major headline comedians with film and television credits combined with hysterical local talent. This show is one of the funniest things you’ll ever see.
Sapphire Comedy Hour is held each Saturday at 8pm, at Sapphire Gentlemen’s Club, “World’s Largest Gentleman’s Club”, 3025 Sammy Davis Junior Drive, Las Vegas, Nevada 89109 with 70,000 square feet of topless entertainment. Open 24/7, 365 days a year to patrons 21 and over. Sapphire serves the finest variety of cocktails, wines, champagne and cigars.
For reservations and bottle service information call 702.869.0003 or book online at SapphireLasVegas.com. And for special offers and updates follow Sapphire LV on twitter @sapphirelv. Sapphire provides complimentary transportation from all of the Las Vegas Strip Casino Hotels. Arrange transportation by calling 702-303-3430.
See you at the next show and remember…if you are too busy to laugh, you are too busy.

Talk to Me Live

What do you want to talk about?
Call Me Directly on the Phone 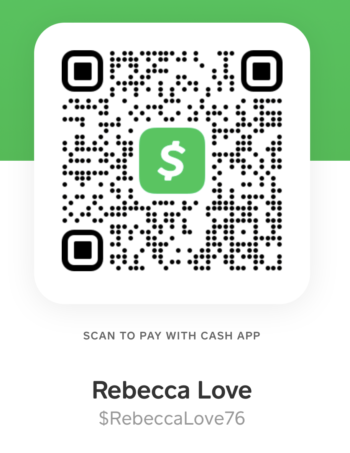